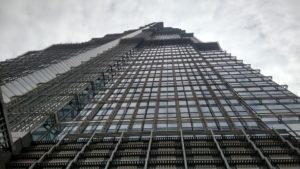 Given that historically there has been no free trade agreement between China and Canada, (despite Canadians’ purchasing power of Chinese products in the region) Justin Trudeau‘s statement on opening up talks between the two nations might have come as quite a surprise.  The same could be said from the Chinese point of view, who traditionally have been known to be big purchasers of Canadian materials, in particular, in the raw variety of oilseeds and wood pulp.

In other words, from both sides it is quite shocking that free trade agreements are only just beginning given the apparent ease that already exists for purchasing power.  Indeed, China is already ranked as Number 2 in trading partners for Canada.

There was the 2014 Canada-China Foreign Investment Protection Agreement (which – for at least three decades – is irrevocable).  But this is more connected to environmental regulations which reduce profitability.  Much more of this direction is necessary.

With free trade agreements, the path for China’s purchase of additional agricultural products and raw materials would be further opened.  In an ideal trading world China would have Canada construct a pipeline to ease the passage of Alberta oil into BC, from where it could travel to China.

Should this go ahead, in China, profits would soar.  Should a free trade Canadian-Chinese agreement be reached, according to the Canada China Business Council, an estimated additional $7.8 billion in Canadian activity over the next decade and a half would be generated for Canada.   Furthermore, Trudeau believes that with free trade, political networks could be forged, along with cultural, travel and educational ties.  Furthermore, it is hoped that should agreements be reached, the next natural step would be for the protection of human rights for Tibetans.  According to executive director of the Canada-Tibet Committee, Carole Samdup, “Given the systemic nature of human rights violations in Tibet today, Canada has a moral responsibility to ensure that new trade rules will not entrench existing human rights violations or derail efforts to resolve them in the future.”  It was further explained that the situation of Tibetans in Canada at the present time needs major assistance.

Ultimately, these agreements seem to have been a long time coming and will ultimately be beneficial to both sides. Both regions are investing in each others lands and materials; a free trade agreement will simply facilitate an already ongoing process.